Say Yes to Change or Say No to Change?

People who are agreeable actually have more control than those who aren’t agreeable because the people you work with are more likely to continue to work with you if you are cooperative and agreeable. If you say no to everyone’s ideas eventually those people will quit. They might even start their own competing company.

I recently heard a story of a man who started his own company because his employer was inefficient. When he told his employer how to be more efficient they ignored him. He then decided to open his own similar company so he could get the job done faster and charge less.

Which kind of person are you?

The word no comes with other words:

Are these words that you use or say daily?

The word yes comes with other words also:

What kind of culture do you want to create around you? One where the people around you know you are in control and no one else has any say? Or do you want a culture of abundance, cooperation, and change. You choose.

There is one tool I set up for all of my clients. In 2016 Google...
Advanced SEO Techniques Brand Development Online Marketing SEO 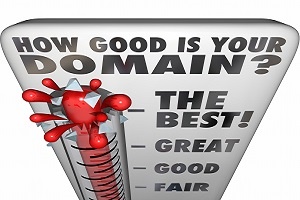 Choosing your domain names (yes, buy more than one)

There are many variables to consider when purchasing your domain name. Here isÂ the list...